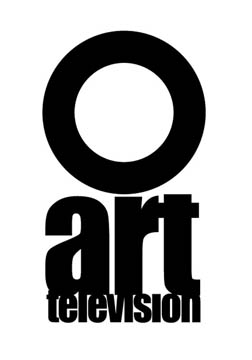 Art Television is an innovative concept in visual arts, new form of television, global media, unexpected and provocative art experience on air – an artwork in itself.

Television is the most dominant media of our time. Its development has reached unexpected proportions: television creates its own reality which exists parallel with the real world. Images created by television are convincing and expedient, its “truths” are more powerful, its capability to shape the public opinion is awesome. The consequences of its influence are universal and global (McLuhan). Television is the product of reality that generates its own, artificial, “TV reality”. It operates by its own set of rules that are very different from those of the “real” reality experienced by our own senses. Those are the rules of illusions (Baudrillard). In its beginnings firmly dominated by the mechanisms of governmental control, television today, prompted by digital technology development, enters the phase in which its progress adopts many different aspects of interactive and computer technologies, thus generating ever growing semblance of freedom of creativity and content.

The mounting number of TV channels, that can at present be measured in thousands, exceeds all possibilities or even needs for those programs to be appreciated by audience for which they were created. This inevitably leads to the creation of specialized programs that are intended for targeted groups of audience. On the other hand, in its foundations, television is aimed at addressing “mass audience” and its very nature renders a very poor two-way communication. Program production and editing is still very complicated and costly. Consequently, there is an invisible barrier created by the television itself in order to adjust its content with production feasibility, management policies and audience’s expectations and demands.

The main premise of Art Television is that the invisible barrier between the realities can be reduced or removed, that the illusion of reality could get closer to the art reality itself. This can be achieved by carefully choosing the program and means of communication, thus altering or unmasking that very illusion, and even elevating the artistic experience to a new form, medias focal point, that just might be the very foothold for the new millennium. It could be that new form of generated reality within the culture itself, i.e. “perceived, recognized symptom on the body of normality of our everyday life” (Suvakovic). Art Television, Television as Art, is an artwork itself, that functions on several levels of similar and opposed basics: art-culture, culture-culture, culture-business, reality-illusion, construction-deconstruction and becomes the new challenge for digital culture of our age.

For the first time in the history of art we have an artwork that consists of a modular media construction of digital video works that are broadcast via internet, satellites, cable and other TV networks globally, aimed at large audience. Video artworks of diverse authors create a new virtual “on air” art form and become a sort of a “ready made of the informatics age”. When put together, these excerpts of culture, these digital video recordings from all over the world, become a new image of our time, a TV sculpture that consists of a global flux of ideas that finds itself on “ground zero”, on an imaginary, yet very real, turning point between the industrial and the informatics age, between the 20th and the 21st century.

Art Television is a global media artwork, an innovative concept in visual arts: TELEVISION AS ART. 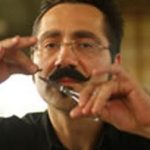 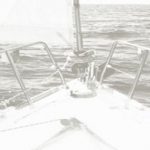